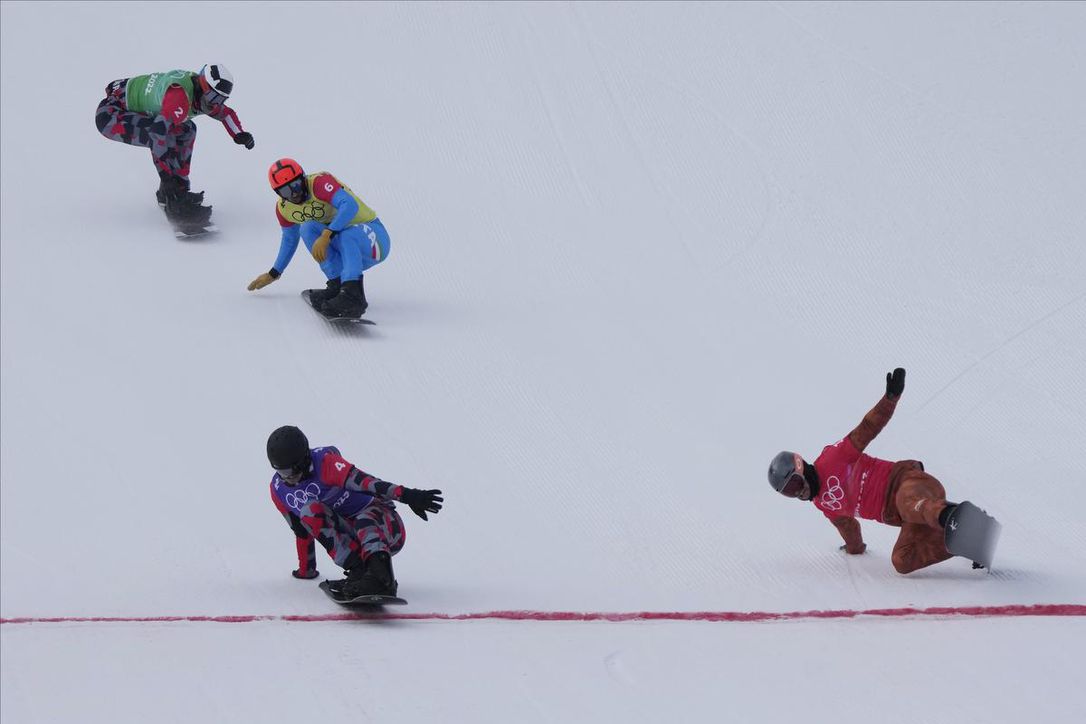 He may have missed out on a gold by 0.2 seconds, but that didn’t matter to Canadian snowboard cross athlete Eliot Grondin. In the end, he was an Olympic silver medallist.

It was a successful day on the slopes for Canada on Thursday as it added three more medals to its tally — a silver in snowboard cross, a bronze by Toronto’s Jack Crawford in alpine combined and another bronze in mixed team aerials.

Elsewhere, attention was fixated on the dramatic close to men’s figure skating where American Nathan Chen finally secured his long-sought-after gold. Two-time defending champion Yuzuru Hanyu of Japan failed at attempting a never-before-seen move at the Olympics and finished fourth, whereas Canada’s Keegan Messing finished a respectable 11th after arriving in Beijing late due to COVID-19.

Québec native Eliot Grondin was leading in the snowboard cross all day, but when it came to the final run, it only took less than a second to slip to second place for silver. After a photo review at the line, Austria’s Alessandro Hämmerle took the gold.